Green Group Studio specializes in helping businesses refresh their brand and give an amazing online presence. We can help you revitalize your website with a redesign or build a completely new website on an entirely new framework - one that lets you log in and edit your content- unless you prefer our team help you maintain it. We can build you a custom designed content management system (CMS) websites or a simple HTML5 website! Our in-house team of designers, website developers, and search engine optimization specialists provide your business a complete website and graphic design solution. Did you know? We provide ongoing services to companies ranging from small businesses to national brands.

Green Group Studio has been an incredible agency to work with. From helping out on so many facets of our brand to accommodating tight deadlines, they have continuously gone above and beyond for us. GGS's customer service and design work is of the highest caliber. We look forward to having them be our go-to agency for years to come for all of our web and graphic design needs! Thanks for everything, guys! 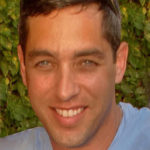 I have had the pleasure of working with Allen Borza, from Green Group Studio, for six months now. He has organized and helped design the ideas I had for my website. He has also suggested and provided other resources I needed in accordance with making my business a success. I find his work to be honest, creative and very professional. I would highly recommend Allen and his team, to anyone in business. Please feel free to contact me if you need further information to Allanasemail3@aol.com Respectfully yours, Allana Stroop 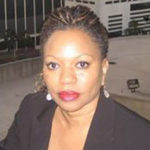 Can social media help your business?

Social media has an undeniable role these days on our society and how we communicate. Statistics show that from 2006 to 2011 the average person's time spent on social media more than doubled from 2.7 hours to 6.9 hours per month, accounting for 18% of our time used online. In 2008, only 24% of Americans had a single social media profile. Today, that has increased to 56%, with over 50% of Facebook fans and Twitter followers saying they are more likely to buy, and recommend products and services than before they were engaged.

Why should you consider social media management?

Synovus The Bank of Here

The Why Not Company

The Why Not Company Spread Love, Not Germs

Share Our Strength Taste of the Nation / Palm Beach

Show more of our work



More from this client

Ready to take your business to the next level?

We are. Let's connect.

We try not to play favorites, but we love some of our work too much not to share!

Synovus The Bank of Here

The Why Not Company

The Why Not Company Spread Love, Not Germs

Share Our Strength Taste of the Nation / Palm Beach

Give Us A Shout

Hi there! Fill out the form and an actual live human being – not a robot – will review your website and reach out to you regarding the results of your SEO audit. Please be sure to include your website link in the message.